2019 was a real breakthrough and presented many achievements in the technology of smartwatches, new fitness trackers and related areas. But it’s time to take care not only of ourselves but also of our pets, which also require attention.

You will be surprised to learn that the so-called GPS-trackers are for dogs. If you love your pet, then you will surely take care of new safety features, including not only new natural products but also GPS dog collars with which you will never lose your pet. In this review, we will tell you about the best GPS tracker for dogs, some of which are also suitable for cats. 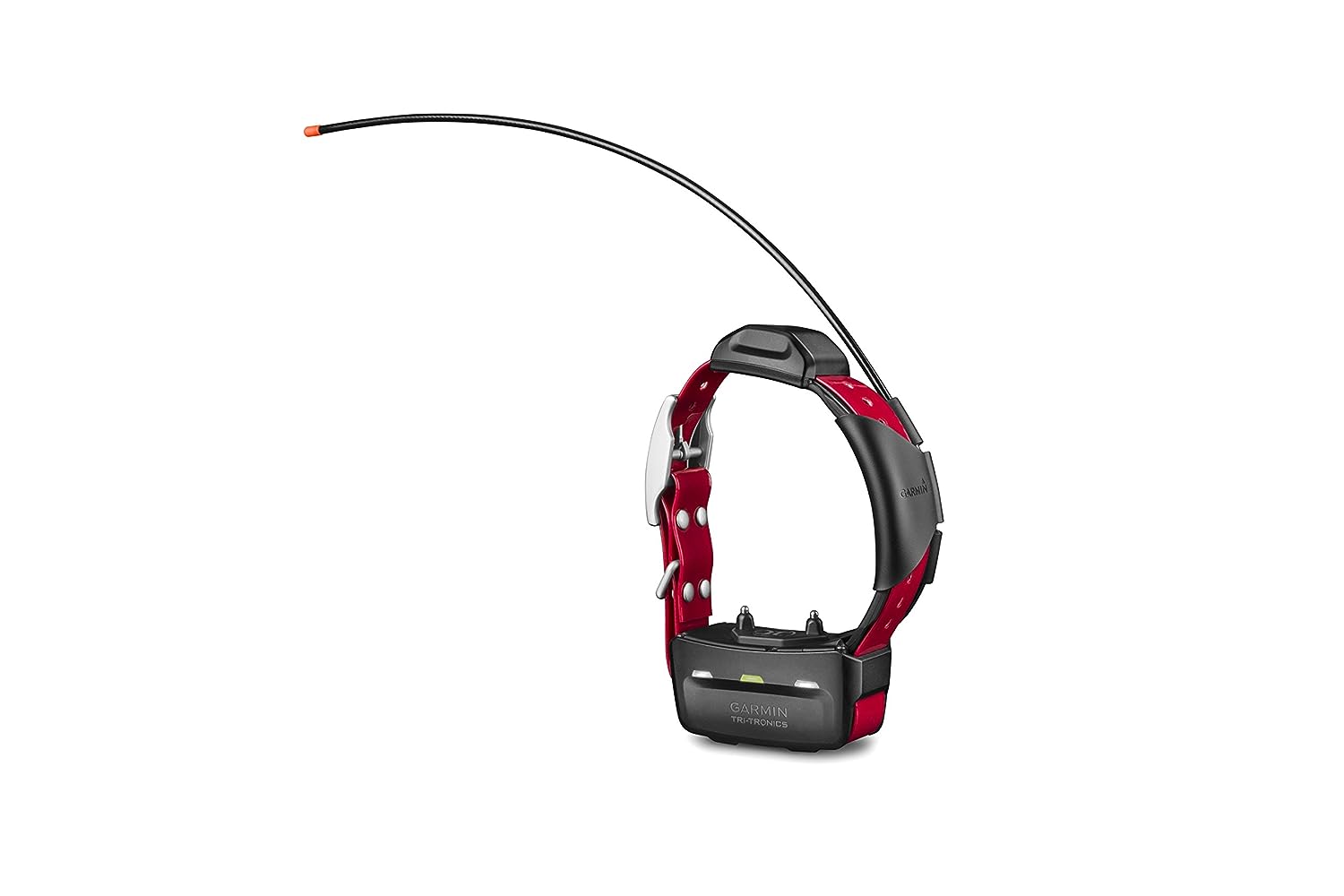 Garmin together with Tri-Tronics, having launched the Alpha 100 hunting dog tracking novelty, took care of the owners of dogs, making it possible to buy separate TT 15 GPS dog tracking system.

The TT 15 collar, like its predecessor DC 40, is equipped with a highly sensitive dog GPS chip for receiving coordinates, and a VHF antenna for transmitting them to the Alpha 100 device.

But its main difference is the ability to transmit 100 commands from the Alpha device that activate different levels of electrical stimulation on the TT 15 . Thus, having trained your dog beforehand, to execute various commands, at different levels of impulses, you can not only know the location of the hunting dog, but also ask to come to you, without making a sound. 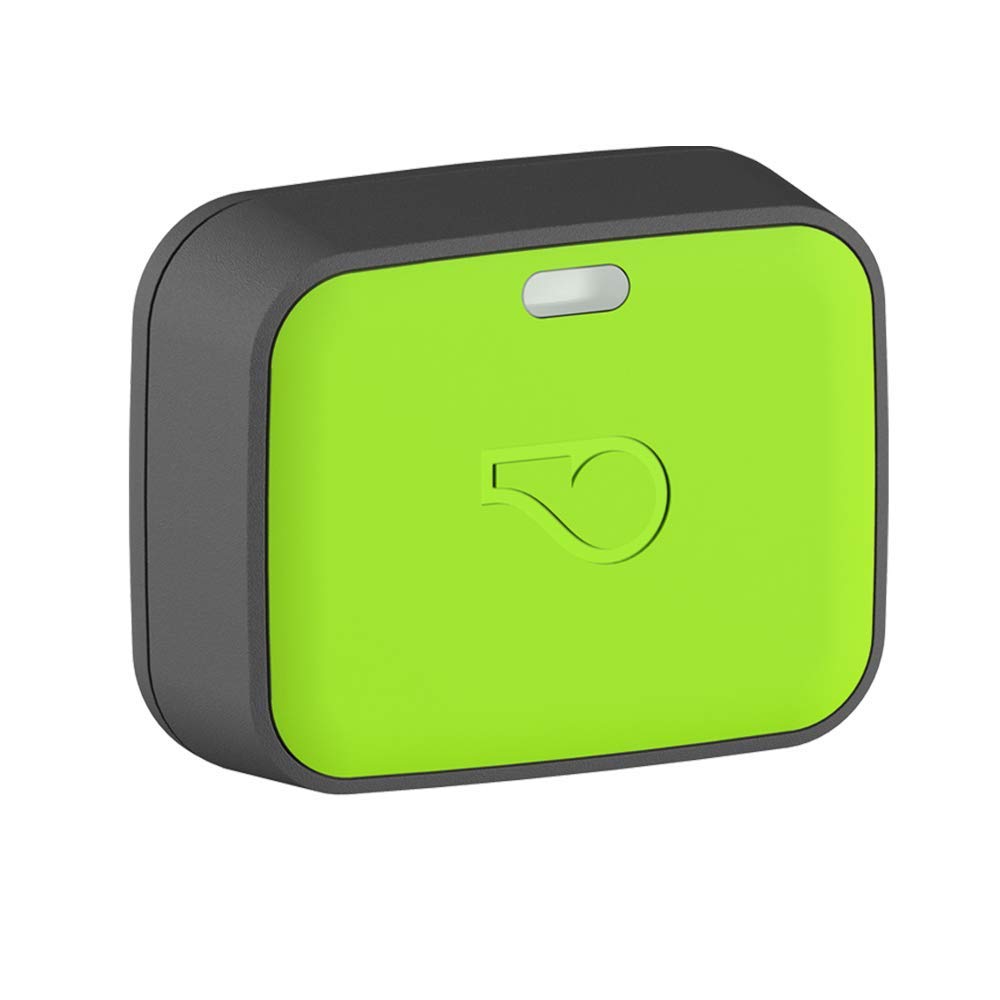 A lot of thought went into designing this pet GPS tracker. First, there’s the physical unit that is small (approximately 1.6 “x1.3″ x .6”) and weighs less than an ounce.

It attaches easily and securely to collars up to 1″ wide. It uses GPS to determine location when your dog, cat or T-Rex is away from “home” and then sends the location to your smartphone via 3G cellular service (no SIM card purchase required).

GPS and 3G are important. There are a lot of pet trackers that use Bluetooth, which has a very limited range (100 feet max), or if they use GPS, connect to the cellular network via 2G, which unlike 3G, doesn’t have complete US coverage. 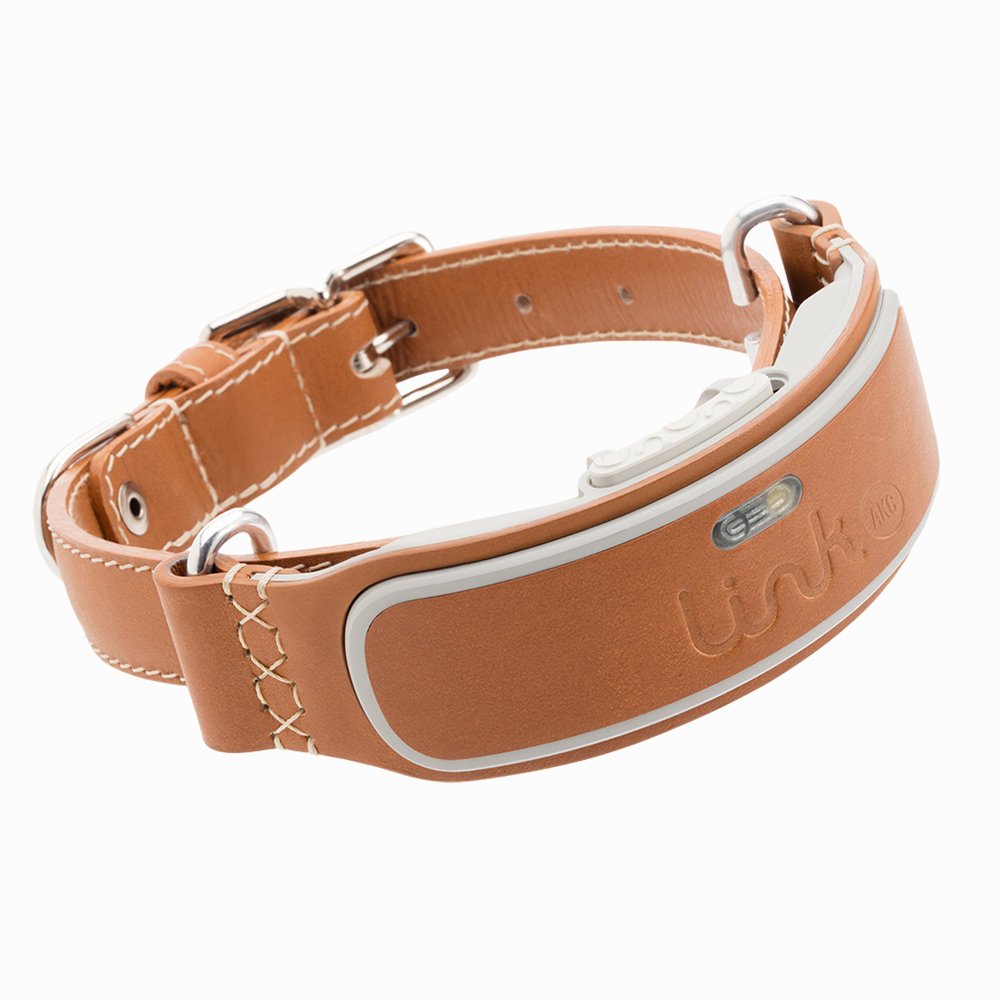 LINK AKC Smart Dog Collar is a smart tracking device for dogs that lets you quickly locate your pet. The GPS tracker comes complete with a collar, synchronizes with the owner’s smartphone via Bluetooth or Wi-Fi for settings and has additional features such as activity tracking and determining the ambient temperature. The mobile application also allows you to store data on visits to the veterinarian, establish “safe areas” and turn on the LED that is mounted on the collar. 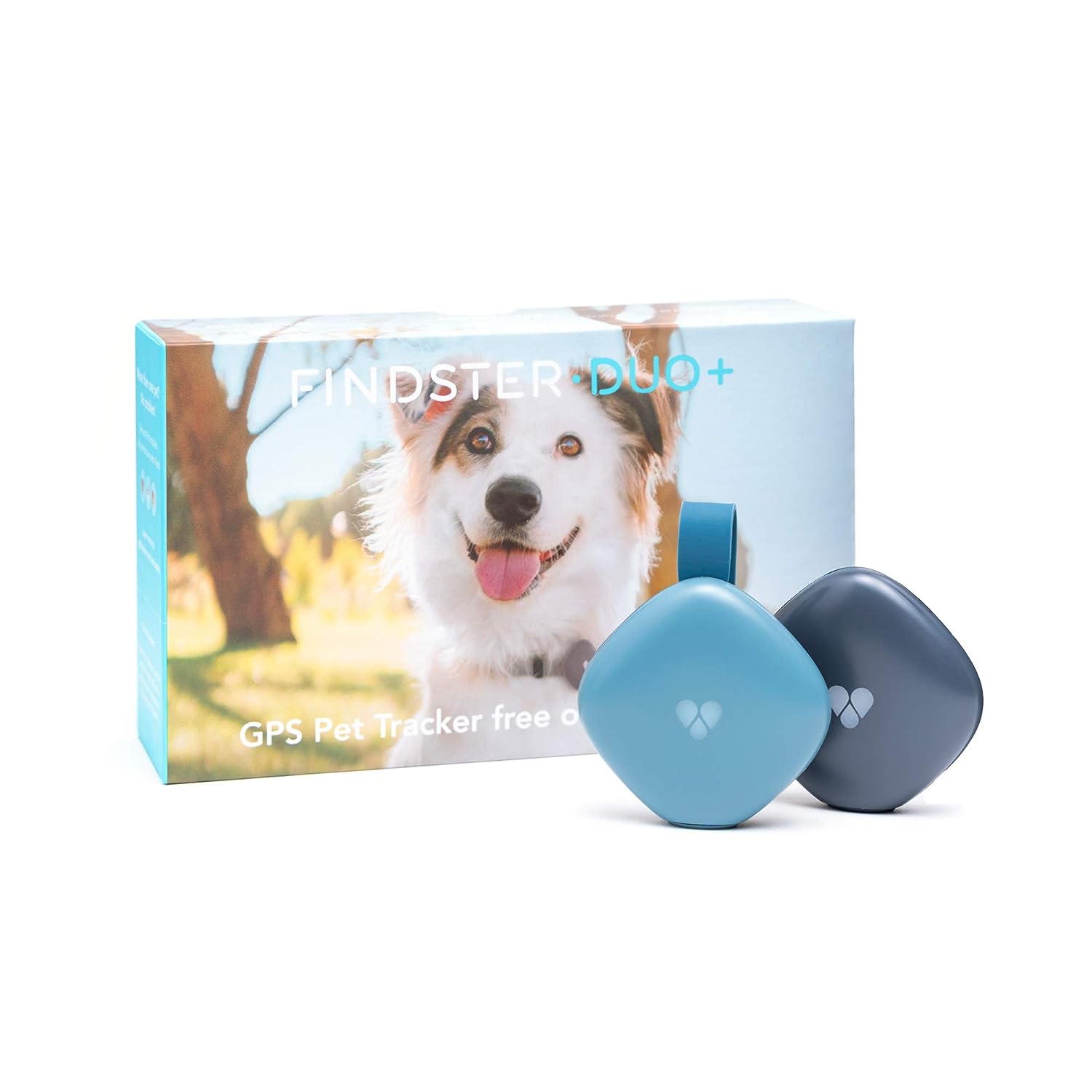 Findster Technologies introduced the Findster Duo+ GPS dog tracker and activity monitor for pets, which does not require cellular coverage, SIM cards and subscriptions. The device is simply mounted on the pet’s collar and in real-time notifies us of its location, reports on steps, distance, time of wakefulness and rest.

The Findster Duo+ kit comes with a waterproof tracker for the animal and a host module for the base, which can simultaneously receive information from three devices. These instruments use MAZE wireless technology. It provides tracking of trackers at a distance of up to 5 km, depending on the nature of the terrain. 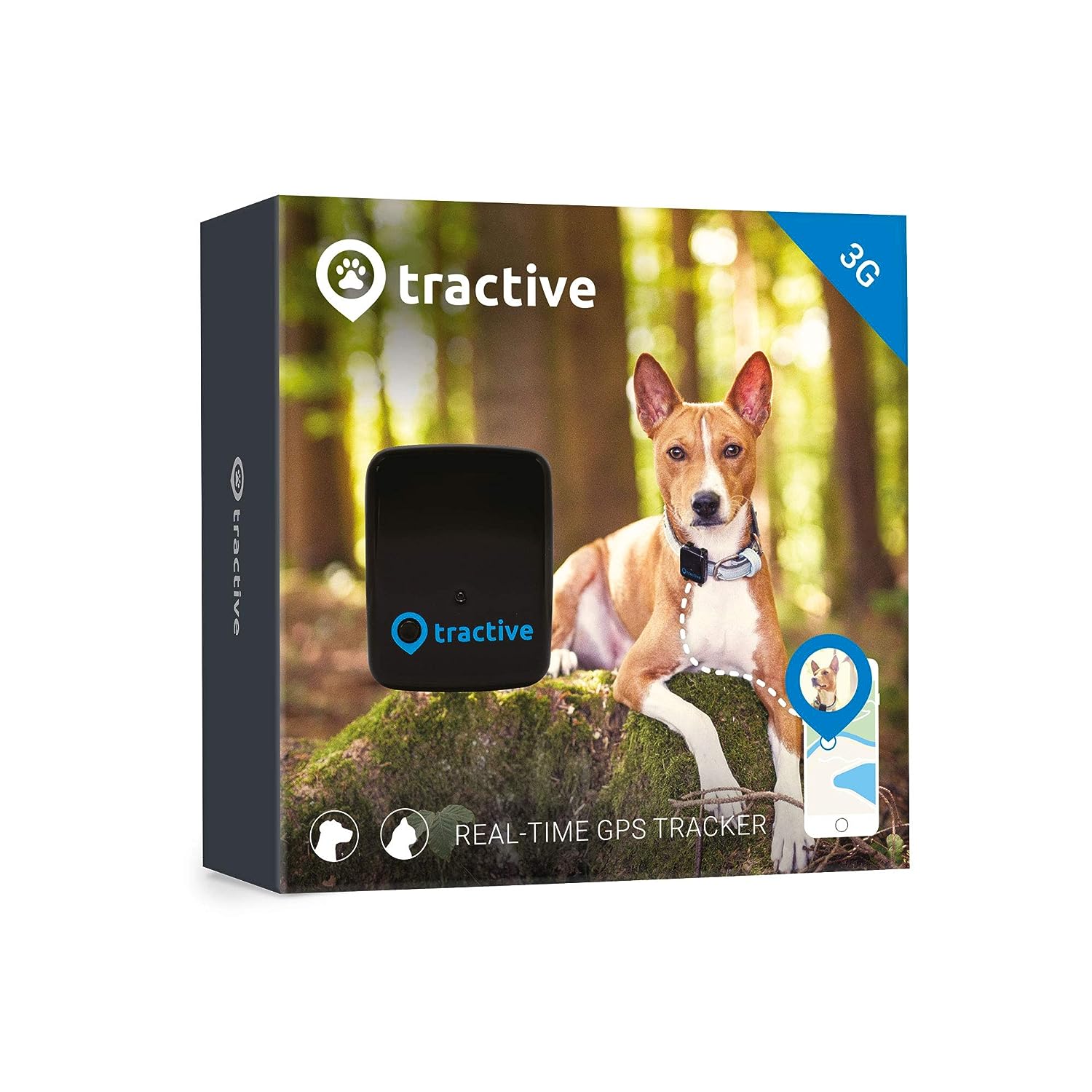 A small gadget will help determine the location of your pets at any time convenient for you, and anywhere. It can work using a smartphone through the free Tractive GPS app, and via a regular web browser.

For a simple and convenient search for a lost pet, you can use the special LIVE Tracking function, which allows you to search in real-time. 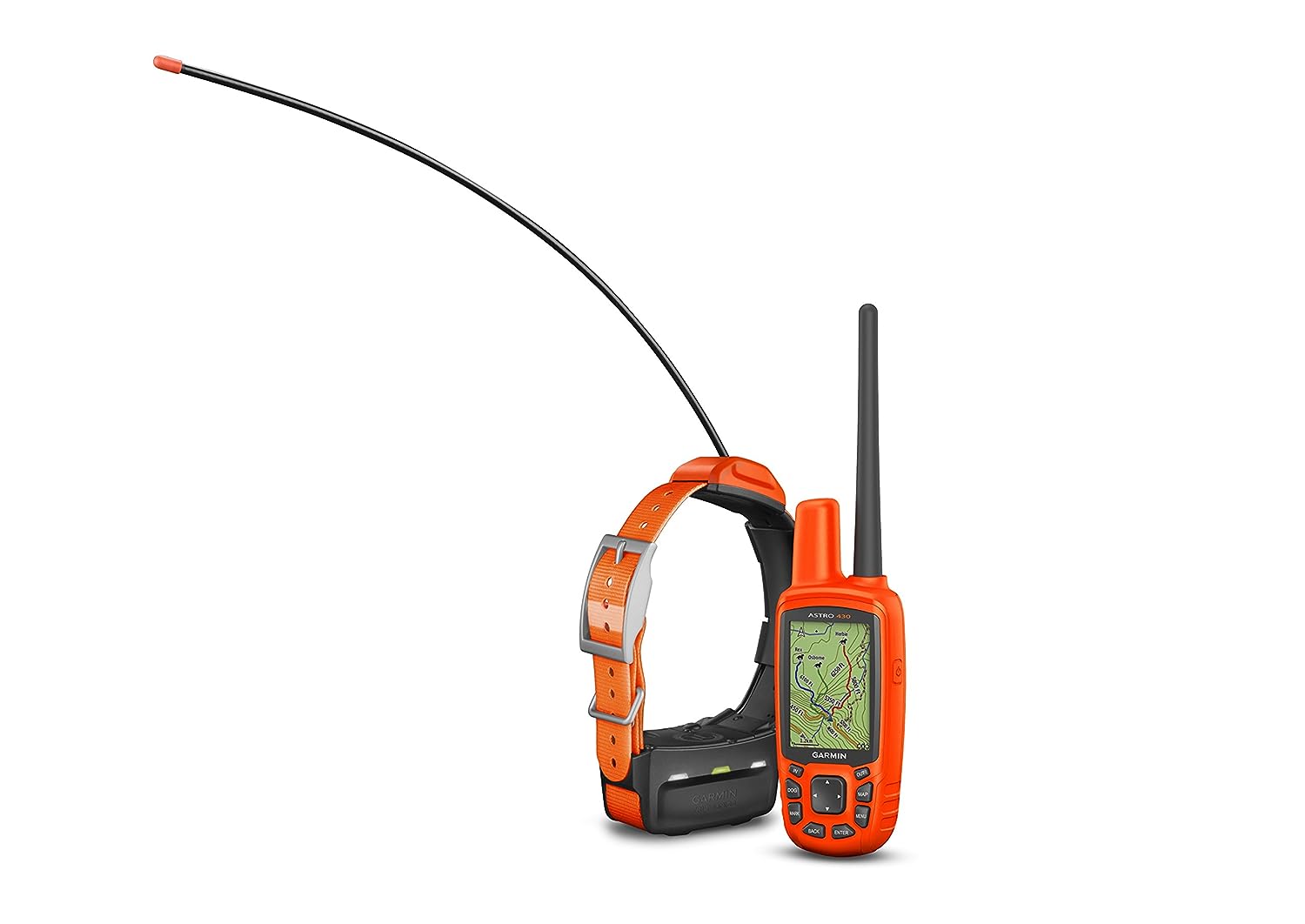 Garmin Astro is a tracking system for hunting dogs that includes a “control panel” aka the Garmin Astro 430 GPS navigator and a collar that is worn directly on the dog (today the current model of the collar is called Garmin T5 or Garmin T5 mini – a modification for small dogs).

The Garmin Astro 430 GPS locator for dogs and Garmin T5 / T5 mini collar are completely protected from water and dirt. The dog can safely dive into the water with a collar. The navigation device is made in a bright orange style – and for a good reason because if you accidentally drop it from a backpack, it will not be difficult to find it in the grass. 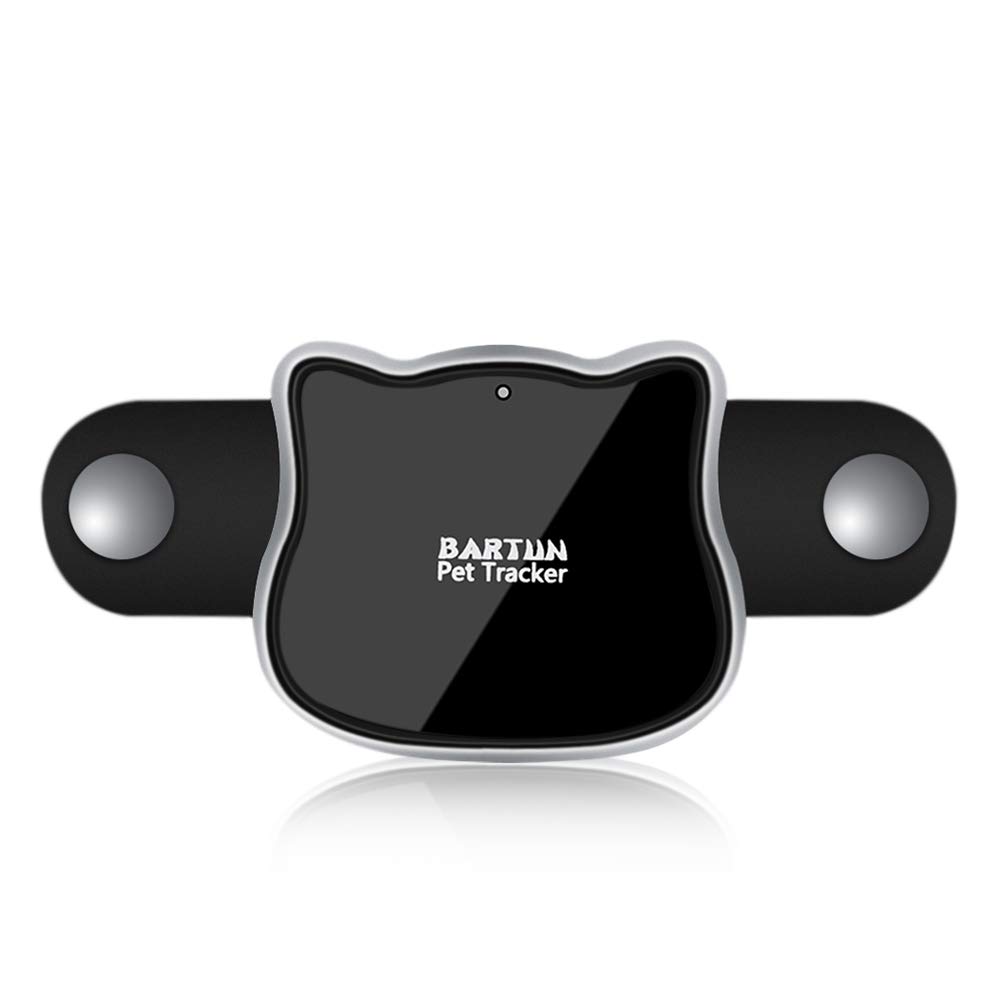 The best dog GPS tracker will help you while walking, if your pet is very active and can run away if you are resting outside the city, if you have to hire a person who will walk with the pet, or if you need to leave a dog or cat some time in another place unfamiliar to them.

Pet location chip works throughout the USA, as well as abroad and with any mobile operator.

This tracker is suitable for all cats and dogs of small sizes such as chihuahua, Yorkshire terrier, spaniel, toy poodle, lapdog, toy terrier and many others.

Why to buy a GPS Dog Collar

GPS navigation has become a familiar satellite of modern man – with the help of GPS. We can find the desired address, plan the shortest route to the destination.

GPS modules are equipped in car navigators, mobile phones, tablet computers and laptops, with their help they track the transportation of goods and other movements.

No wonder satellite technology can make life easier for the dog owner. When the “satellite” collar becomes a reliable assistant:

Despite the fact that the method of radio-frequency identification of animals has been actively used for more than twenty years, many owners of small domestic and exotic animals, as well as farm managers working with farm animals and the broodstock of pond fish, are poorly aware of this simple and reliable method.

For example, in Europe and North America, chipping small pets has become the norm. In the USA, Canada and most European countries, there is a practice when they conduct the first vaccination for dogs and cats against rabies, they are chipped, and an electronic passport is issued to the owner. Without such a passport, the animal can not participate in exhibitions, nor transported from country to country.

In the EU countries, on 04.10.2002, a directive was adopted according to which pets transported across EU borders must have an electronic passport; tattoos should no longer be used to identify small domestic and game animals.

Starting in June 2012, in the EU countries, the only way to identify animals will be a microchip that complies with ISO 11784 or ISO 11758. It is necessary for all pet owners to explain that two years later animals without an electronic passport would not be imported into the USA, Canada and the EU.

When choosing the best dog tracker, it’s crucial to take into account all the necessary details.

To begin with, many dog ​​breeders are afraid to use electronic collars for training or are afraid that this type of collar will make their pet aggressive and less “family”. Also, another stopping factor is that it is not always clear at what age an electronic collar can be used. We dare to dispel all your fears.

Since modern models are so advanced and carefully thought out that they will not violate your friendship with your pet, they will only help, if necessary, protect him from danger, spontaneous actions and undesirable consequences. And this applies not only to training but also to walks.

For example, when your dog jerked sharply at a cat/car or did not hear your shouts/commands. Regarding the age at which it is recommended to use an electronic collar, trainers and experienced dog breeders recommend starting from 3 months. Depending on the model and manufacturer, this age may vary, in more detail, you can find out in the instructions for the product itself, or from consultants when buying in-store.

How long have electronic collars appeared?

At the end of the 60s of the last century, Georgian ethologist Yason Badridze invented a device that affects an animal using electronic pulses to study wolves in their natural habitat.
This device was attached to the neck of the animals. This became the prototype of modern electronic collars. Their production was established in the 70s of the last century in the United States, and they were intended primarily for hunters, exerting influence on hunting dogs, preventing them from being distracted by non-game animals. Scientists have long determined that using electronic impulses, it is possible to act on different animals, but electronic collars for dogs are widely used.

Not everyone accepted the appearance of electronic collars kindly. During the first 20 years, this “novelty” caused more negative emotions and even a series of demonstrations by animal advocates, preoccupied with “cruel” measures of impact on dogs with electronic collars. For many years, discussions have been held about what is a more humane method of influencing a dog with an electronic collar with its “electric shock” or a long-time-old dog collar with spikes.

The electronic collar allows you to:

– suppress unwanted actions (instincts) of a dog, for example, aggression against other dogs, chasing a cat or other animals, raising unwanted objects from the ground, barking, aggression against people, etc;
– form conditioned reflexes to indicate the correct actions of the dog (used in conjunction with encouragement);
– prepare the dog and train the dog for track work or various sports;
– draw the attention of the animal to the trainer during training.

What electrical impulses are used in work:

What types of stimulation are used when working with an electric collar:

The fact that the possibilities of using electronic collars are quite wide has long been known and, depending on their purpose. They were divided into groups. Since when choosing an electric collar, it is necessary to determine the functions initially that it should perform.

Which GPS tracker to choose – imported or domestic, expensive, or budget – depends on the personal wishes and financial capabilities of the owner of the animal. Today, the functionality of any GPS beacon is able to satisfy the most pretentious requirements of each buyer.